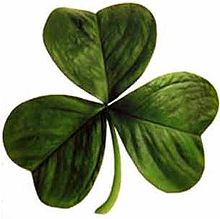 I’m not great at forgiving. I usually need time to let the pain or anger dissipate before I am willing to re-connect with the person that hurt me. Sometimes I struggle with reappearing memories of the wrongs done, or I want to talk badly about the other person(s).  It takes even longer for me to want to do good for that person. St. Patrick is a good example for me. Little is known of Patrick’s early life, though it is known that he was born in Roman Britain in the fourth century, into a wealthy Romano-British family. His father was a deacon and his grandfather was a priest in the Christian church.

At the age of sixteen, Irish raiders attacked his family’s estate, kidnapped him and took him captive to Ireland as a slave. He was held somewhere on the west coast of Ireland, possibly Mayo, but the exact location is not known. It is believed that he worked as a shepherd, and that he turned to his religion for solace, becoming a devote Christian. Six years later, according to his confession, God told him in a dream to flee from captivity to the coast, where he would board a ship and return to Britain. Upon returning, he joined the Church in Auxerre in Gaul and studied for years to enter the priesthood.

If I have any worth, it is to live my life for God
so as to teach these peoples;
even though some of them still look down on me.
Saint Patrick

In 432, he claimed that God called him back to Ireland, now as a bishop, to share God’s love with the Irish people – returning with a gift of good news to the country that had wronged him. Irish folklore tells that one of his teaching methods included using the shamrock to explain the Christian doctrine of the Trinity to the Irish people. After nearly 30 years of serving the Irish people, he died on the March 17, 461, and according to tradition, was buried at Downpatrick.

Although there were other more successful missions to Ireland from Rome, Patrick endured as the principal champion of Irish Christianity, is held in esteem in the Irish Church, and his life and ministry are still celebrated today.

An amazing legacy… because he did not hold a grudge against a people… because he didn’t focus on the wrongs done but was willing to forgive and do good. I can learn a lot from St. Patrick.

Do you ever struggle with forgiveness? What helps you forgive?

1 thought on “St Patrick – an example of forgiveness”

What do you think? Qué piensas? Cancel reply